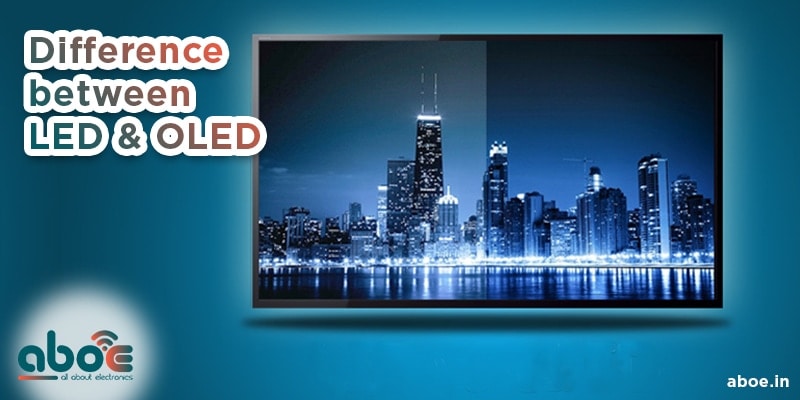 Purchasing a television is never an easy thing to do. That’s because you will need to pay your attention to many different factors at the time of buying a television. This is where you need to pay more attention to display quality. That’s because the quality of the display on television you purchase can contribute a lot towards the positive experience that you can get at the end of the day. That’s where we see how most of the people tend to get stuck in between LED and OLED.

From this article, we will share some of the key differences that you can find in between LED and OLED. Based on these differences, you can understand what kind of television you should purchase.

What is LED TV?

As the first thing, let’s see what LED TV is. The LED televisions are made out of two different parts. In fact, they come along with an LCD panel and a backlight. You will be able to find pixels within the LCD panel. These are little colour dots, which can finally make the image of the television. You will not be able to see individual pixels because they are extremely small. However, these pixels need the backlight to illuminate and provide you with the content. The light given from the backlight can illuminate an LCD pixel and that’s how you will be able to see the colour. Check the Best LED TVs In India.

When it comes to a LED television, a backlight is made out of LED. Back in the day, a cold cathode fluorescent light was used for the construction of this backlight. However, you will not be able to see how a LED light is being used due to enhanced effectiveness.

However, it is also important to keep in mind that not all LED televisions are equally created. You will be able to find some major differences between them. For example, black levels and brightness offered by the LED televisions differ from one product to another. You need to keep this fact in your mind when you are investing to purchase a LED television from the market. Even the quality of LED used in the LED televisions is different.

What is OLED TV?

LED televisions can provide better brightness levels to the people when compared to OLED televisions. That’s because there is a possibility to go ahead and produce the backlights with the support offered by powerful LEDs. This can be paired along with the addition of quantum dots as well. Then you will be able to preserve the size of the LEDs and keep the television bright at all times.

Response time and refresh rate offered by OLED televisions are high when compared to LED televisions. That’s because the OLED pixels are combining colour and light source within a single diode. Hence, you can receive some obvious benefits with the support of OLED televisions.

Which one is better?

On top of everything, the biggest benefit that you can find in OLED televisions is that you have the ability to turn on and turn off specific OLED pixels. Therefore, you will not be able to see true blacks in the televisions. This can eventually give life to real pictures and you will fall in love with overall picture quality that you are receiving at the end of the day.

If you are looking forward to going ahead and purchase a new television out of LED and OLED, we strongly recommend thinking about buying an OLED television. It can deliver a bunch of benefits, which you will fall in love with.